You are here: Home » News » What is Black Tea and its Effects?

What is Black Tea and its Effects?

What is Black Tea:

Black tea belongs to fermented tea and is one of the six major teas. Black tea is to let some beneficial microorganisms in the air fall on the tea during the process of making and storing tea.The enzymes produced by microbial metabolism can well promote the biochemical components in tea and transform tea. Make the tea soup gradually red, bitterness and astringency are harmonious,the soup feels mellow, the aroma is warm and moist,and the flavor is relatively unique, which can be stored for a long time. 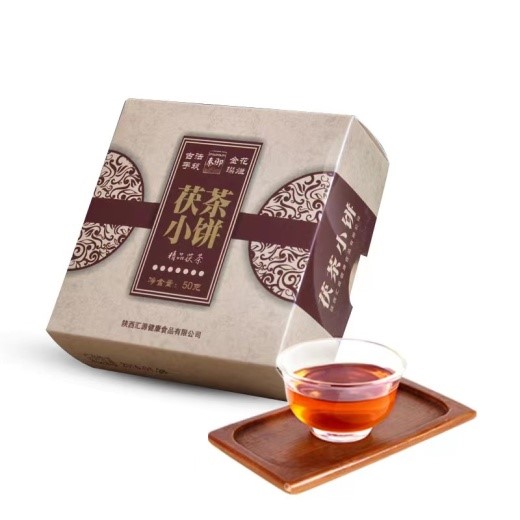 Shaanxi Fucha comes from Jingyang, Xianyang, Shaanxi.It has a history of nearly a thousand years.It flourished in the Song Dynasty and flourished in the Ming and Qing Dynasties and the Republic of China.The body of the tea is tight, the color is dark brown and oily, the golden flowers are lush, the fragrance of bacteria is overflowing,the tea soup is bright orange and red, and the taste is mellow and long.It is suitable for people in alpine regions and high-fat diet regions to drink.Especially for the nomads who live in desolate areas such as deserts,Gobi, and plateaus, and whose staple food is beef, mutton, and cheese, in the absence of vegetables and fruits,there is a saying in Northwest China that "one day without tea is stagnant, and three days is stagnant." Without tea, there will be pain", "It is better to be without food for a day than to be without tea for a day".Jingyang County is located in Xianyang City.Jingyang County is located in the middle of Guanzhong Plain and the lower reaches of Jinghe River.The appearance of Fu tea came out in about 1368 AD. It used Hunan Anhua black hair tea as raw material and built it by hand.Because the raw material was sent to Jingyang for construction,it was called "Jingyang brick"; Processing, so it is also called "Fucha".The origin of the name is because its medicinal effect is similar to that of Smilax cocos,so it is called "Fucha" or "Fuzhuan" from "Fucha".Because it was made with official references, 30% to 50% of the brick tea had to be paid in the Lanzhou government in the early Qing Dynasty as taxes.The remaining brick tea is sold by tea merchants in designated sales areas according to government instructions, so it is called "attached tea".During the Daoguang period of the Qing Dynasty, the Anhua black hair tea with yellow leaves and thick yellow leaves was trampled into large bags,weighing 90 kilograms, and transported to Jingyang, Shaanxi to be pressed into bricks.

The pressing of Fuzhuan brick tea has to go through processes such as raw material treatment,steam retting, pressing and shaping,flowering and drying,and finished product packaging.The pressing procedure is basically the same as that of the black and flower bricks, the difference lies in the thickness of the brick shape.Because Fu bricks have a unique process of "flowering", in addition to many conditions, an important condition is that the brick body should be moderately tight to facilitate the reproduction of microorganisms.Another difference between Fu bricks and black and flower bricks is that after the bricks exit the brick mold, they are not directly sent to the drying room for drying. room to dry.The speed of drying does not require fast drying. The whole drying period is double black, and the flowers are more than doubled in two bakes, in order to slowly "golden flowers" (that is, to produce coronoid cysts).

The reason for the outstanding efficacy of Fu tea lies in the fact that there is a kind of golden flower fungus (S. coronoidis),which makes the brick tea covered with dots and dense yellow "golden flowers".The more luxuriant the "golden flower" is, the better the quality will be,and the greater the effect on digestion and physiological regulation will be.Northwest herdsmen, who mainly eat meat, would rather go without food for three days than tea for a day.It can be seen the importance of Fu tea in their lives.It is an indisputable fact that Fu tea eliminates stagnation and greasy,lowers fat and blood, and balances physiology.The "golden flower" of Fu tea is clear at a glance.The effect of Fu tea golden flower cannot be replaced by other teas.There are various amino acids, vitamins and trace elements necessary for the human body in Fu tea.The raw materials of Fu tea itself have an inhibitory effect on human rotavirus, and can effectively block the formation of human carcinogenic nitroso compounds; the content of lipolytic enzymes is high other teas.

Help digestion by drinking black tea, you can improve the microbial environment in the intestines,adjust the function of the intestines, treat abdominal distension, dysentery, and help digest meat diets.

Anti-oxidation, that is, anti-aging, through the function of scavenging oxygen free radicals, black tea can achieve the purpose of beauty.

Nutrition, black tea contains minerals and vitamins, for some people, it can properly supplement the nutrition in the body.