A fungus of the genus Tremella, the fruiting body is shaped like a chrysanthemum or a cockscomb, rich in colloid, white and translucent, and white or beige after drying. Commonly known as "white fungus". Most species of Tremella are born on logs of various trees. However, Tremella hyphae have almost no ability to decompose cellulose, so in the process of completing its life cycle, it must rely on the assistance of another fungus, that is, Auricularia auris, also known as Feather-like hyphae, which can degrade Tremella fungus. Cellulose, lignin, starch, etc. that cannot be used by silk are decomposed into nutrients that can be absorbed by Tremella hyphae.

Tremella is an extremely valuable tonic, and the royal aristocrats of all dynasties regarded Tremella as a product that prolongs life. Modern medicine has proved that the pharmacologically active ingredient of Tremella is polysaccharide. Tremella polysaccharide is the most important component of Tremella, accounting for 60% to 70% of its dry weight. At the same time, Tremella polysaccharide is also an important biologically active substance, which can enhance human immune function. , play a role in strengthening the foundation. And Tremella polysaccharide has no toxicity to the respiratory system, central nervous system, blood circulatory system, heart, liver, kidney, etc., and has no effect on the reproductive ability of mice and the survival rate of pups. Chronic poisoning, non-mutagenic, teratogenic and carcinogenic, belongs to non-toxic substances.

Tremella is quite rich in nutrients. Tremella contains protein, fat and various amino acids and minerals.

How to eat tremella fuciformis?

Tremella must be soaked at the root so that it can be soaked through. After soaking, just pick up the sand and hard roots, do not scrub, because the white fungus leaves are fragile and easy to rub. 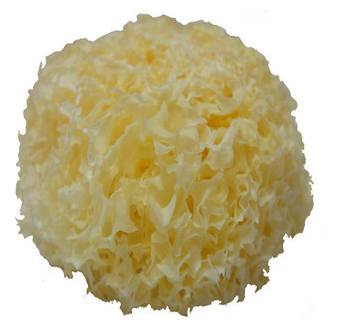 The practice of tremella

The practice of Lily Tremella porridge

1. Soak tremella in advance and clean it for later use.

3. Take half a pot of water, add rice, lily and white fungus into the water, simmer until the porridge is cooked, add rock sugar before starting the fire.

4. When the rice is soft, turn off the heat and serve.

1. First, soak the prepared white fungus in clean water. After washing the pears, cut them into pieces. No need to peel them, then put them in a bowl and keep them for later use.

2. Put Tremella and Sydney in a pot, add an appropriate amount of water, and bring to a boil over high heat.

1. Soak the white fungus in water first, clean it up and put it aside for later use.

2. Put an appropriate amount of water in the pot, first put the lotus seeds and boil for ten minutes, then put the white fungus and boil for five minutes.

3. After the lotus seeds and white fungus are boiled, add rock sugar to taste.

The practice of black and white binaural sauce

3. Cut the tomatoes in half and serve with the cucumbers.

5. Put the white fungus and the fungus in the middle of the decorative objects.

When purchasing Tremella, the top grade is dry, white and yellowish in color, large in size, shiny, and thick in gelatin. If the color is too white, it is often processed and bleached. If the color is dark and cloudy, it has been stored for a long time and should not be purchased.

Before eating, the tremella must be soaked in cold water (all raised) and then soaked in hot (warm) water for 20 to 30 minutes, and then rinsed several times with clean water before eating. Undeveloped parts should be removed after foaming, especially those that are pale yellow.

Deteriorated tremella is not edible to prevent poisoning. Deteriorated dried Tremella is scorched yellow or greenish-brown, not bright, thin and flaky, brittle, with black spots or orange-red patches on the pedicle, sticky and peculiar smell after blisters. In addition, any dry product with fluffy surface is in danger of mold.

Eat fresh fungus to prevent poisoning. Fresh fungus contains a porphyrin photosensitive substance, which can cause solar dermatitis if exposed to the sun after eating. The exposed parts of the human body are prone to itching, edema, pain, and even necrosis. If the edema appears in the throat mucosa, breathing difficulties will occur. Dried fungus is a finished product that has been exposed to the sun, and most of the porphyrins will be decomposed during the exposure process. Before eating, the dried fungus is soaked in water, and the remaining toxins contained in it will dissolve in water, making the dried fungus non-toxic. .

The effect of tremella fuciformis

Beauty and freckle removal: Tremella is rich in natural gelatinous properties, plus its yin nourishing effect, long-term use can moisturize the skin, and has the effect of removing facial chloasma and freckles.