You are here: Home » News » The herbal moxibustion stick - how it works, benefits & uses

The herbal moxibustion stick - how it works, benefits & uses

What are wormwood moxa sticks? 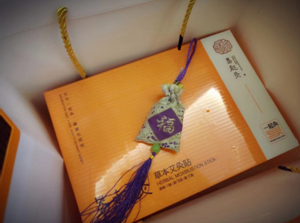 Why Qichun's moxibustion stick is the best?

Qichun's wormwood is taller than ordinary wormwood, contains several times more volatile oil than other wormwood, and has a higher calorific value than other wormwood. Qi Ai Ai contains 17 known compounds, and its volatile oil content, total flavonoid content, and burning calorific value are significantly better than those of mugwort leaves produced in other regions. Qi Mui oil has obvious antiasthmatic, antitussive, expectorant and clearing effects.

Different from ordinary mugwort, the plant of Qimui is tall, up to 1.8 ~ 2.5m. The average data obtained by scientific research institutions: the stem of a single plant in other parts of the world is higher than that of other parts of the world, and it contains more volatile oil and has a strong aroma, the effective drug content is higher, and the curative effect is better. The leaves of Qi Mugwort are large and thick, and the back of the leaves is densely covered with thick and long fluff. The dried leaves can be rubbed into a fluffy ball with a soft texture. The height of ordinary mugwort is less than 1.5 m, the leaves are thin, and the villi on the back of ordinary mugwort leaves are short, and the dried leaves are often rubbed into powder.

Compared with ordinary leaves, the quality of the leaves is good, the moxa velvet yield is high, and it is made into sticks and sticks, which are flammable and durable, and are regarded as treasures for moxibustion. Qi Ai is the best Ai, and the leaves of Qi Ai dried in the shade are black and white, one yin and one yang. The longer the leaves of Qi Ai are kept, the more distinct the color on the black and white sides becomes, which just matches the yin and yang of the human body. Compared with ordinary argyi leaves, argyi argyi leaves have obvious advantages in volatile oil, tannic acid, combustion calorific value, alcohol-soluble extracts, and trace element content.

Local warming and stimulating effect. When moxibustion is performed on acupoints on the body surface, the warm and stimulating effect of moxa fire can warm the meridians, invigorate qi and activate blood, dispel cold and dehumidify, expand local capillaries, accelerate blood circulation, and facilitate the discharge of metabolites and pathological products. absorption; therapeutic effect of the drug.

As the main raw material of moxibustion treatment, wormwood has a certain medicinal power, which can activate the meridians. In addition, in the treatment of moxibustion, it is often combined with Sichuan Qiong Chinese herbal medicines such as ginger, angelica, and Tianqi to play a synergistic effect, so that the heat of moxibustion not only stays on the surface of the body, but can also penetrate deeply through the conduction of acupoints and meridians. To the internal organs, play a role in overall regulation.

You can stick it anytime, anywhere, tear off the package, open the medicine pack, and pour the wormwood essential oil on the medicine pack. The essential oil can accelerate the penetration of the skin and promote the absorption of the medicine pack into the body. Then tear off the centrifugal paper on one side to expose the adhesive tape and stick it on the skin, then tear off the centrifugal paper on the other three sides and stick them separately. The pack will continue to be hot for 6-8 hours. The used medicine bag can also be used for foot bath or bath, which can remove the dampness and cold in the body, and can also help sleep. Tourmaline mineral powder and power stone can also be placed in flower pots to promote plant growth.

Sealed, dry at room temperature, away from heat sources and magnetic fields.

100% success rate. A patient has suffered from varicose veins in his legs for many years. It is very painful to walk a lot, and it hurts to sleep at night, which seriously affects the quality of life and sleep, and also affects his own image. He dare not wear shorts. After using Yiqi Moxibustion and moxibustion sticks, I felt no pain in one box. After using less than 30 boxes, the symptoms were basically a few hours, and the skin of my legs was smooth and painless. It was basically the same as a normal person.