Shiitake mushrooms is the top grade of mushrooms. It is known as "mountain treasure". It is famous at home and abroad for its large flower, thick mushroom, low water content and long preservation period. The production of shiitake mushrooms maintains the natural and pure characteristics. It is well-known in the mushroom jar for its pure flavor and clean ice muscle. It is also known as the best treasure on the table because of its beautiful, crisp and delicious appearance. 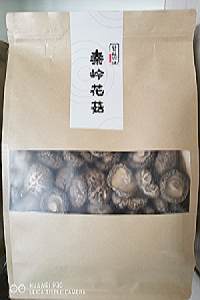 Mushroom has always been used by the Chinese people as a tonic to prolong life. It can regulate human metabolism, help digestion, reduce blood pressure, reduce cholesterol, prevent liver cirrhosis, eliminate gallstones, prevent rickets and so on. It is known as the "Queen of plants". According to the compendium of Materia Medica, shiitake mushrooms are flat in nature and sweet in taste. They can replenish the spleen and stomach, replenish qi, Nourish qi without hunger, cure wind and break blood, dissipate phlegm and regulate qi, benefit taste and help food, and manage urination. It is mainly used for anorexia, lack of qi and fatigue.

According to Modern Practical Traditional Chinese medicine, vitamin D in mushroom can prevent rickets, and adenine contained in mushroom can reduce cholesterol, treat anemia, treat hypertension and prevent liver cirrhosis. According to the World Health Organization, polysaccharide extracted from shiitake mushrooms has a good anti-cancer effect. In recent years, mushrooms have also made new breakthroughs in the prevention and treatment of AIDS.

The efficacy and function of shiitake mushrooms are mainly reflected in its nutritional value. Mushroom can improve our immune ability. Lentinus edodes is a polysaccharide, so it can improve the phagocytosis of macrophages in the abdominal cavity of mice. At the same time, it can also promote the production of T lymphocytes. It can also delay aging. 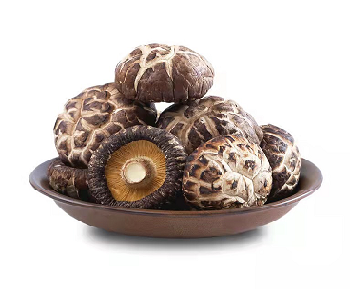 Edible mushroom can play a good role in anti-cancer. When it enters the human body, there will be a large number of anti-cancer interferon, which also has a certain protective function for our body.