You are here: Home » News » Introduction to "goutou jujube" in northern Shaanxi

Origin of the name: it is said that after Emperor Gaozong of Tang Dynasty (about 1370 years ago) moved into Chang'an, he was full of interest and played everywhere. When spring comes, he take my entourage to a remote town for spring outing. Gaozong stopped in a small town with beautiful scenery, where people live and work in peace and contentment and the streets are prosperous. He was so excited that he drank in a small tavern. At this time, the little girl of the store returned in the spring. 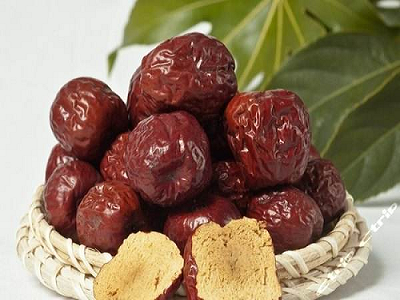 When Gaozong saw her, he was crazy. There are such a beautiful woman in the world! Seeing her graceful, delicate and delicate, she ascended the stairs like a fairy, and her heart followed. In order to win the hearts of the people, Gaozong stayed here for a long time. The woman was not only beautiful, but also proficient in piano, chess, calligraphy and painting. The fan Gaozong forgot to come and promised to pick her up in a few days. This time, there was no trace. After a long time, Tang Gaozong thought about it and sent someone to find the girl and take her into the palace.

However, the woman lost confidence in Gaozong. She didn't think about tea and rice and was haggard. Gaozong tried his best, but the imperial doctors were helpless. Finally, the princess said she wanted to eat the red fruit of her hometown. Gaozong sent someone to get it back at night. After eating the red fruit, the princess was all right. Gaozong felt very strange. He took it and tasted it. It was thin skin and thick meat. It was very sweet and delicious. Because it was very similar to the dog head, he gave it the name "dog head jujube". This is the origin of "Goutouzao" in Northern Shaanxi.

The functions of dried red dates

In 2019, our company reached a cooperation intention with Yanchuan County supply and marketing cooperative, which is the main origin of jujube in Northern Shaanxi, and is responsible for the marketing of local jujube. At present, it has been loved and welcomed by the majority of consumers. In the future, we will sell good Chinese jujube commodities overseas so that overseas consumers can also eat good commodities.