You are here: Home » News » How wormwood affects the body

How wormwood affects the body

What is wormwood:wormwood,also known as mugwort.Its stems and leaves contain volatile aromatic oils,which produce a peculiar fragrance,which can repel mosquitoes,insects and ants,and purify the air. In traditional Chinese medicine,moxa is often used as medicine,which has the functions of regulating qi and blood,warming the uterus,and dispelling cold and damp.Because Chinese herbal medicine is made from local materials,wormwood became the hero of anti-plague at that time.According to modern medical pharmacology,wormwood is an antibacterial and antiviral drug,because wormwood has the effect of inhibiting and killing bacteria,and it has a good effect on the respiratory system.Diseases are also preventive.

Benefits to the body: 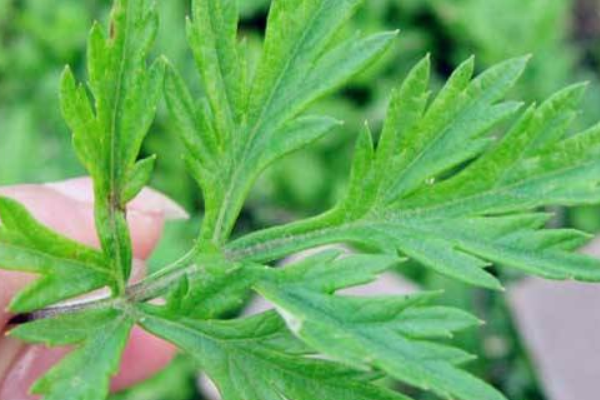 Boil mugwort leaf juice,and then dilute it with water for bathing,which can remove small red bumps on the body,and has a certain effect on folliculitis and eczema.The specific method is to take 30-50 grams of fresh mugwort leaves,soak them in boiling water for 10 minutes in the bathtub,take out the mugwort leaves and add water to adjust to the appropriate water temperature,and then take a bath. Summer has come,you might as well take a bath with mugwort leaves!

The medical sage Zhang Zhongjing has two prescriptions for using moxa-Jiaoai Decoction and Baiye Decoction.The former is used to warm and warm the uterus of mugwort leaves to treat irregular menstruation and infertility caused by cold uterus;the latter is used for its hemostatic effect to treat various gynecological bleeding symptoms.Proprietary medicines with Artemisia argyi as the main ingredient,such as Aifu Nuangong Pills,Danggui Tiaojing Pills,and Wujin Pills,are still widely used today.You can take these Chinese medicines to regulate your body under the guidance of Chinese medicine.The main effect of boiled eggs with mugwort leaves is to warm the meridian,relieve pain,dispel cold and stop bleeding.Boiled eggs with mugwort leaves is one of the 60 kinds of medicinal diet for gynecological diseases.Boiled eggs with mugwort leaves mainly correspond to the symptoms of fetal movement,cold pain in the abdomen, skin itching and dysmenorrhea.

1.Wash Artemisia argyi leaves, put them in a pot, add 1000 ml of water,bring to a boil on high heat,then boil on low heat for 25 minutes,cease fire,filter,and collect the liquid medicine.Standby: cut the brown sugar into crumbs; boil the eggs and peel them.

2.The last step of boiled eggs with mugwort leaves is to put the boiled eggs into the pot. Before adding the eggs,add the mugwort leaves medicinal liquid and brown sugar to the pot, bring to a boil on high heat, and then cook for 8 minutes on low heat.

The combination of Artemisia argyi leaves and other medicines is used to make therapeutic medicinal diet, which has a good curative effect on infertility caused by deficiency of spleen and kidney yang.

Take 2 quails,remove the hair and viscera,15g each of donkey-hide gelatin, dodder,and antler glue,10g each of ginseng and Chuanxiong, and 30g of mugwort leaves.First decoct dodder,mugwort leaves,chuanxiong,ginseng,remove residue and get 250ml of juice,then put quail and concoction in a steaming bowl, stew over water,add donkey-hide gelatin and antler gum to eat meat and drink soup while hot.

There has been a folk proverb:there are three years of moxa in the family,but the doctor does not use it.The smoke produced by the leaves of mugwort can effectively inhibit the spread of various germs in the air,but it is harmless to humans and animals.Although mugwort leaves have many benefits,they also have their own disadvantages.Friends with asthma should use mugwort leaves with caution.It is not that mugwort leaves are harmful to such diseases,but that many patients are allergic to various smokes and aggravate their symptoms.

Chronic bronchitis:Artemisia argyi oil capsules can be used,2 pills each time,3 times a day,10 days is a course of treatment,and can be taken continuously for 2-4 courses of treatment.It has a good effect on chronic bronchitis cough and asthma.You can also use 1000g of fresh mugwort leaves,wash and chop,soak in 4000ml of water for 4-6 hours,decoct and filter to concentrate to about 3000ml.Taking 40ml each time,3 times a day, can effectively relieve symptoms of chronic bronchitis with sputum,asthma,cold limbs,and pale tongue.

Knead the dried mugwort leaves into peanut-sized velvet balls,take 8 slices of large ginger with 2 cents,use a needle to punch several holes in the center of the ginger slices,put moxa pillars on top,and moxibustion the Xiaguan acupoint so that the ginger slices cannot leave the skin when moving.The skin of moxibustion is warm and red,and it is better for the patient to bear it.Moxibustion once a day,7 days is a course of treatment (moxibustion on the right side if the mouth is skewed to the left;otherwise,moxibustion on the left side).

The operation method is to ignite one end of the moxa roll,close to the Guanyuan and Fenglong acupoints respectively,and smoke for about 10 minutes until the local area becomes red.1 time a day,10 times as a course of treatment,generally 3~5 courses of treatment can achieve effective weight loss effect.