You are here: Home » News » How to use moxibustion patch to relieve pain?

How to use moxibustion patch to relieve pain?

It can quickly penetrate into the skin, dredge the meridians, dispel wind and cold. It has a very powerful auxiliary and therapeutic effect on a series of diseases such as fatigue, sub-health, cervical spondylosis, shoulder periarthritis, backache, uterine cold, dysmenorrhea, rheumatic diseases, stomach pain, stomach cold, bone hyperplasia and so on, which appear in different groups such as modern office workers, school students, mobile phone controllers, white-collar workers, etc. 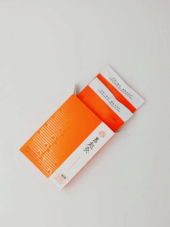 Why is Artemisia fortunei the best?

The Principle of Moxibustion Sticks in Regulating Pain

Local warm stimulus effect. When moxibustion is carried out at acupoints on the body surface, the warm and hot stimulation effect produced by moxa fire can warm the meridians, promote qi and blood circulation, expel cold and dehumidify, expand local capillaries, accelerate blood circulation, and facilitate the excretion of metabolites and the absorption of pathological products; Therapeutic effect of drugs. As the main raw material of moxibustion treatment, moxa itself has certain medicinal power, which can dredge channels and activate collaterals. In addition, during the moxibustion treatment, it often cooperates with ginger, angelica, tianqi and other Sichuan Chinese herbal medicines to play a synergistic role, so that the heat of moxibustion not only stays on the body surface, but also can go deep into the internal organs through the conduction of acupoints and meridians to play an overall regulatory role.