You are here: Home » News » High quality black tea of the basic introduction

Black tea of the introduction

During the processing of black tea, the chemical reaction centered on the enzymatic oxidation of tea polyphenols occurs. The composition of fresh leaves changes greatly, and the tea polyphenols decrease by more than 90%, and new components and aroma substances such as theaflavin and thearboxin are produced, which have the characteristics of black tea, red soup, red leaves and sweet alcohol.  Qimen black tea is a famous black tea.

Historical evolution of the black tea 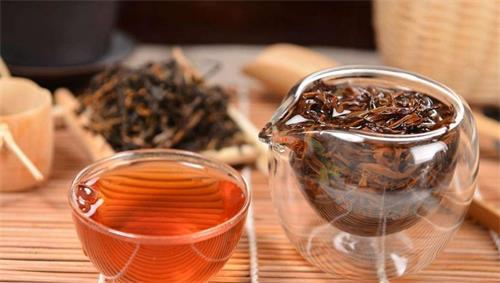 The originator of black tea is in China. The earliest black tea in the world was invented by tea growers in the Wuyi Mountain tea area of Fujian Province in the Ming Dynasty of China. It is called "Zhengshan Xiaochong".  The Jiang family in Tongmu Village, Wuyishan City, has a history of more than 400 years and is a tea family that produces Zhengshan Xiaochong black tea.

In 1689, the British even set up a base in Xiamen, Fujian Province, China, and bought a large amount of Chinese tea.  Britain drank more black tea than green tea, and developed its unique black tea culture, which is related to the above historical events.  Because the tea purchased in Xiamen was "Wuyi Tea", a semi-fermented tea belonging to black tea, a large number of Wuyi Tea flowed into the UK, replacing the original green tea market, and soon became the mainstream of tea in Western Europe.  Wuyi is called "Black tea" because it is brown and Black in color.  Later tea scholars classified tea according to its production methods and characteristics, and Wuyi tea with red soup and red leaves after brewed belongs to the "black tea" category according to its nature.  But the English idiom "Black tea" has stuck, referring to "Black tea".