You are here: Home » News » What is moxibustion and its classifications

What is moxibustion and its classifications

What is the raw material of moxibustion: 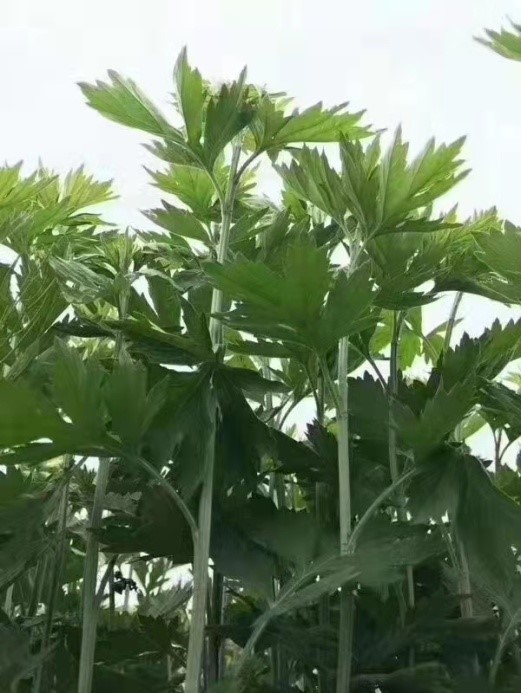 Moxibustion originated in ancient China,because its mechanism of action is similar to that of acupuncture,and it has complementary therapeutic effects with acupuncture.Usually, acupuncture and moxibustion are used together,so it is called acupuncture.It is a treatment method that stimulates acupuncture points or specific parts on the body surface by moxibustion materials made of moxa leaves,and adjusts the disordered physiological and biochemical functions of the human body by stimulating the activity of meridian qi,so as to achieve the purpose of disease prevention and treatment.The origin of moxibustion:moxibustion therapy originated-the lower limit of moxibustion therapy will not be later than the Western Zhou Dynasty.It was quite popular in the Spring and Autumn and Warring States Periods.Mao Heng and Buttercup in the Western Han Dynasty explained:"Ai can cure diseases".Judging from the fact that the actual clinical application in ancient times was earlier than the written records,the lower limit of moxibustion therapy will not be later than that of the Western Zhou Dynasty. Volume 18 of Shen Kuo's "Mengxi Bi Tan" in the Song Dynasty contained Xirong's divination method: "burn the bones of sheep with moxa, and see the signs, which is called death post burn".This proves that the oracle bone divination method before the Yin and Shang Dynasties in our country can also use moxa as fuel. "Mencius Li Lou Pian" contains:"Today's desire for Wang Yin is like a seven-year illness, and asking for three-year AI is also."It can be seen that moxibustion therapy was quite popular in the Spring and Autumn Period and the Warring States Period.Therefore,the origin of moxibustion therapy should also be before the Western Zhou Dynasty.

1.Moxa stick moxibustion:Take 24 grams of pure and soft moxa, spread it on a thin grass paper with a length of 26 cm and a width of 20 cm,and roll it into a cylindrical moxa roll with a diameter of 1.5 cm,and it is required to roll tightly,wrapped with soft, loose and tough mulberry paper,sealed with glue or paste. There are also 6 grams of fine powders of cinnamon,dried ginger,cloves,lovage,asarum, angelica,and realgar that are infiltrated into each moxa bar,and then become medicinal bars.The methods of moxibustion are divided into mild moxibustion and sparrow pecking moxibustion.

2.Gentle moxibustion:When applying moxibustion,ignite one end of the moxa stick,aim at the acupoints or affected areas to be moxibustion,about 1.5-3 cm away from the skin,and smoke and bake.It is advisable to smoke and bake to make the patient feel warm locally without burning pain.Generally,each moxibustion takes 5-7 minutes until the skin is flushed.For patients with fainting or local insensitivity,the doctor can separate the middle and index fingers and place them on both sides of the moxibustion site.In this way,the degree of local heating of the patient can be detected by the feeling of the doctor's fingers,so as to adjust the distance and distance of moxibustion at any time.Prevent burns.

4.Rotating moxibustion: about 1.5-3 cm away from the skin, the moxibustion strips are rotated clockwise or counterclockwise on the skin.

5.Ginger-partitioned moxibustion is recorded in Ming Yang Jizhou's "Acupuncture and Moxibustion Dacheng":"Moxibustion uses ginger slices such as thick money,puts them in the acupoints on the tongue,and then moxibustion."Later, in Zhang Jingyue's "Like Jing Tuyi" in the Ming Dynasty,it was mentioned that for the treatment of hemorrhoids,"single slices of ginger are used,put on the hemorrhoidal pain,moxibustion with moxa sticks on the ginger for three strong times,and the yellow water will come out and disappear by itself."In the Qing Dynasty Wu Shangxian's "Li Yu Pian Wen" and Li Xuechuan's "Acupuncture and Moxibustion" and other books have also been recorded. In modern times,it has become one of the most commonly used partition moxibustion methods due to its convenient material collection and simple operation.The moxibustion treatment method is basically the same as in ancient times,and there are some improvements, such as adding certain medicines to the moxa cone or filling a layer of powdered medicine under the moxibustion sheet to enhance the therapeutic effect.

Take a piece of ginger, choose fresh old ginger, cut it longitudinally along the ginger fiber, and cut it into ginger slices with a thickness of about 0.2~0.5cm. Pierce several holes with a triangular needle.When performing moxibustion, place it on the acupoint area,put a large or medium moxa stick on it,and light it. When the patient has a local burning pain,slightly lift the ginger slice,or replace the moxa cone for further moxibustion.Generally, each moxibustion is 5-10 strong,with local flushing as the degree.After moxibustion,safflower oil is applied to the moxibustion site,one is to prevent skin burns,and the other is to enhance the effect of moxibustion for promoting blood circulation,removing blood stasis,dispelling cold and relieving pain.There are also acupuncture and moxibustion workers who use ginger-partitioned suppurative moxibustion,which has a better effect on certain diseases and syndromes.The moxibustion method and post-moxibustion care can refer to suppurative moxibustion.